skip to main | skip to sidebar

Seriously.
Posted by ASH Smyth at 18:18
Labels: Education, The Unexplained

A blog of all the things we'd otherwise Guy Forget.

DOMINIC HILTON and ASH SMYTH are editors of the (forthcoming) Amnesiac Review.

Because things are always clearer in hindsight.

"Using the internet is the modern form of knitting."
Tom Wolfe

"Sometimes you're doing good work when it feels like all you're managing is to shovel shit from a sitting position."
Stephen King

"The artist is also a man."
Leoncavallo (Pagliacci)

"[Writing] is a sort of sedentary, carpet slippers, self-inspecting, nose-picking, arse-scratching kind of job, just you in your study and there is absolutely no way round that."
Martin Amis
"Don't like writers much. Given a choice between being trapped on a desert island with a group of writers or a family of howler monkeys, I think I'd pick the monkeys. At least I could eat them."
Anthony Bourdain

"The internet is the work of Satan."
Kinky Friedman

"I avoided writers carefully because they can perpetuate trouble as no one else can."
F. Scott Fitzgerald 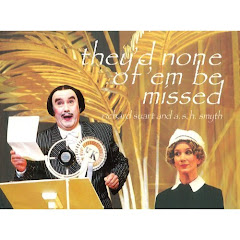 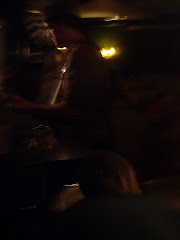 Will Butterworth on MySpace 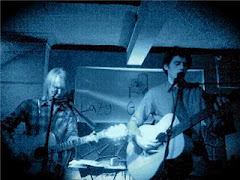 Hillbilly & The Bonfire on MySpace

Dominic Hilton thinks Nero Wolfe was on to something when he said, "Nothing corrupts a man so deeply as writing a book." Dominic loves baseball, has a phobia of the theatre and theatregoers, and secretly longs to get far from the madding crowd. Dominic used to be in a promising band named 'The Women of the Ghetto' but was cruelly voted out by his treachorous bandmates before he even had the chance to learn an instrument.

ASH Smyth is a freelance journalist who divides his time evenly between construction work and singing at the Chapel Royal, Hampton Court Palace. Disillusioned with the genocidal warzones of Kent, he will soon be found busking for dollar on the streets of Colombo. "We're all in the gutter," he says, "but some of us are looking for change."

Before turning their attention to the Amnesiac Review, Adam and Dominic edited The Lizard magazine. Following a violent disagreement about the proper dimensions of a mullet, they are no longer on speaking terms.